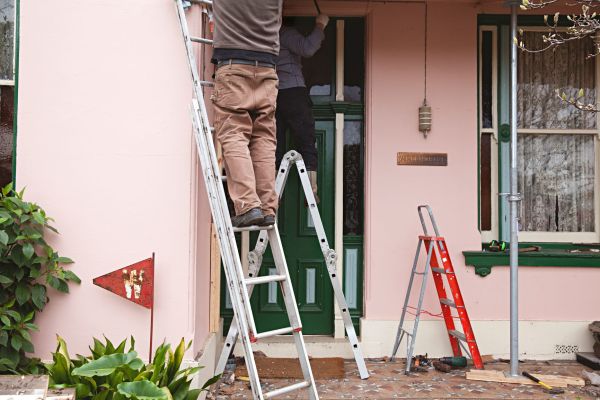 The humble “handyman” is a booming business. With the gig economy attracting those who are mobile, independent and part-time, people are diversifying their skills and advertising themselves on sites like Airtasker. Revenue in the handyman sector is expected to reach $1003.9 million in 2019-20.
Handymen and women are usually cheaper than a tradesperson, earning on average $30 per hour and have a wider range of skills that are suited to home maintenance and repair.

They don’t need a licence to carry out most work, but need to be insured for personal, third party and property damage.
With people placing a greater value on their time, those odd jobs around the home that were once saved for a rainy day are now being done by handymen.

Home repairs that handymen can perform range from replacing a few fence palings to re-grouting tiles in the bathroom. They can repair fly screens or patch a hole in the wall.
Handymen are also called for general home maintenance. Pruning, cleaning, tidying and sorting are jobs most people would rather pay someone else to do. A handyman may be called to cut back a hedge, clean the gutters and sort out the mess hiding under the house.

They can also install a TV or home entertainment system, mount brackets, pictures or mirrors. Blinds and curtains, flat-pack kitchens or furniture can be assembled a lot faster by a handyman than most people.

But when it comes to the structural integrity of a building, a licensed tradesperson is legally the only person for the job. Any bricklaying, major cement laying or carpentry work that is load-bearing needs the appropriate trade licence.

Licence requirements for trade work differ in each state. In NSW, all building or home improvement work valued at over $1000 must be carried out by licensed tradespeople. In Queensland, the figure is $3300 and in Victoria, a handyman could quote up to $5000 worth of work before a tradesperson is needed. A handyman could also paint a lot more of a house in Victoria than NSW without needing to show a licence.

Electrical and plumbing work are jobs that need a licence to be carried out. Due to the dangerous nature of electricity, only a licensed qualified technician can perform these jobs.
According to NSW Fair Trading, you need a licence to carry out any plumbing, draining or gas fitting work too. An experienced handyman may feel changing a washer is something they could easily do, but if something goes wrong, the warranty on any product used is void and it would be difficult to claim insurance.

Plumber David Frith has seen a worrying increase in the number of times he has had to fix jobs that unlicensed handymen have attempted.
“There was a guy with thongs on standing in puddles of water pulling at a power point. He’d done all of the electrical and plumbing and called himself a handyman,” Frith says.

A plumber has to undergo four years’ training as an apprentice and a further two years on the job before they can get their licence.

A joiner, or cabinet maker is another trade that requires a special skill-set and equipment that a handyman would have difficulty with. A handyman could assemble a flat-pack kitchen, but a joiner needs a workshop to make furniture that is built into the house.

The training, mentoring and licensing of tradespeople may give them a narrower skill set than a handyman, but it is this expertise that a home owner may need to rely upon rather than something more general.